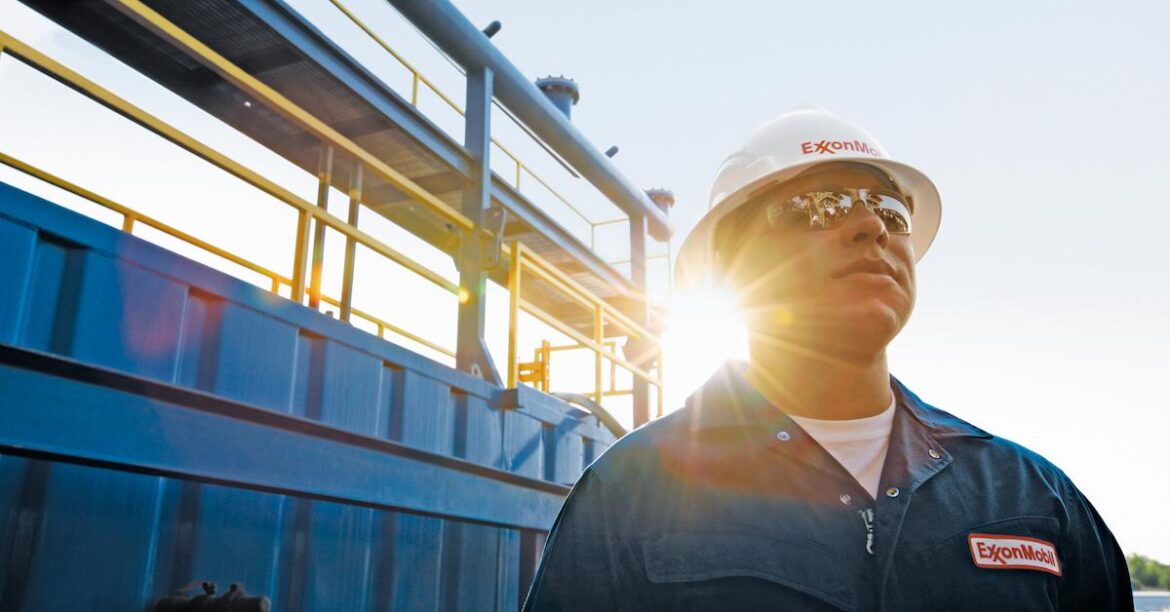 Exxon Mobil Corp will end oil production in Equatorial Guinea and leave the country after its licence expires in 2026, two sources close to the matter said.

The departure reflects a broader decision by major oil producers to reduce crude production in West Africa and redirect investment to low-carbon natural gas development on the continent and more lucrative projects in the Americas.

"This is a high-cost area where carbon emissions are also an issue," said Gail Anderson Research Director for Sub-Saharan Africa at energy consultant Wood Mackenzie.

Exxon has reduced its production in the country to less than 15,000 barrels of oil per day (bpd) via the Serpentinasaid one of the sources on condition of anonymity.

It evacuated personnel from the offshore production platform Zafiro this year due to water ingress in the ageing vessel.

Europe, which was looking for alternative oil suppliers after the imposition of sanctions against Russia this year, is the main destination for Equatorial Guinea's oil exports.

Exxon's oil production in Equatorial Guinea, a member of the Organisation of Petroleum Exporting Countries (OPEC), peaked at more than 300,000 barrels per day (bpd) eight years ago and has been falling since.

Exxon has been trying to sell its Zafiro operation since 2020. Last year, the company pumped about 45,000 bpd in Equatorial Guinea, out of the country's total production of 93,000 bpd. Africa is struggling to meet OPEC quotas because of a lack of investment in crude production. Output from its two largest producers - OPEC members Angola and Nigeria - fell by a third to 2.1 million bpd in October from 3.2 million bpd in 2019.

Since 2013, it has fallen by 41%. The region's share of oil cash flows is also falling, according to a study by consultancy Deloitte. For oil producers in the Middle East and Africa, cash flow has fallen to 30% of global flows in the last two years, down from 50% between 2010 and 2020.

Nigeria's production is at its lowest level in 32 years and the country has this year slipped behind Angola as Africa's largest exporter. TotalEnergies also exited Angola earlier this year.

MOVING TO THE AMERICAS

While crude production in West Africa is falling, output in the Americas is expected to reach 28 million bpd next year, up 2.3 million bpd from pre-pandemic levels, according to OPEC estimates. Much of the increase comes from the US, Canada, Guyana and Brazil, some of the places where Exxon has increased its spending on oil production.

Exxon has decided to decommission Zafiro and tow the rig, possibly next month, one of the people said. Future revenues from Zafiro would not have covered the cost of repairs, the person said. Exxon could recover some of Zafiro's production and reach about 25,000 to 30,000 bpd by adding a third platform called Jade, pending government and company approvals, one of the people said.

While crude oil production is declining in West Africa, the continent's liquefied natural gas (LNG) future is on the rise and fossil fuel production could increase elsewhere in Africa.

Major producers are investing in gas and LNG as Europe seeks to replace supplies from Russia blocked by sanctions. Rising global demand could lead to a 30% increase in gas production in Africa by the end of the decade, Deloitte said.

Libya and Algeria produce oil more cheaply and could continue to attract investment if they take steps to reduce carbon emissions from current operations, according to a study by consulting firm McKinsey and Company.

Promising oil and gas reserves have been discovered in Namibia, with appraisal wells expected to be drilled in the first half of next year, said Wood Mackenzie's Anderson.

"This could be the next Guyana," she said, referring to the South African nation that is home to the world's largest oil discovery in the past decade. "The signals are very positive." Shell and Total Namibia's oil discoveries probably total billions of barrels.