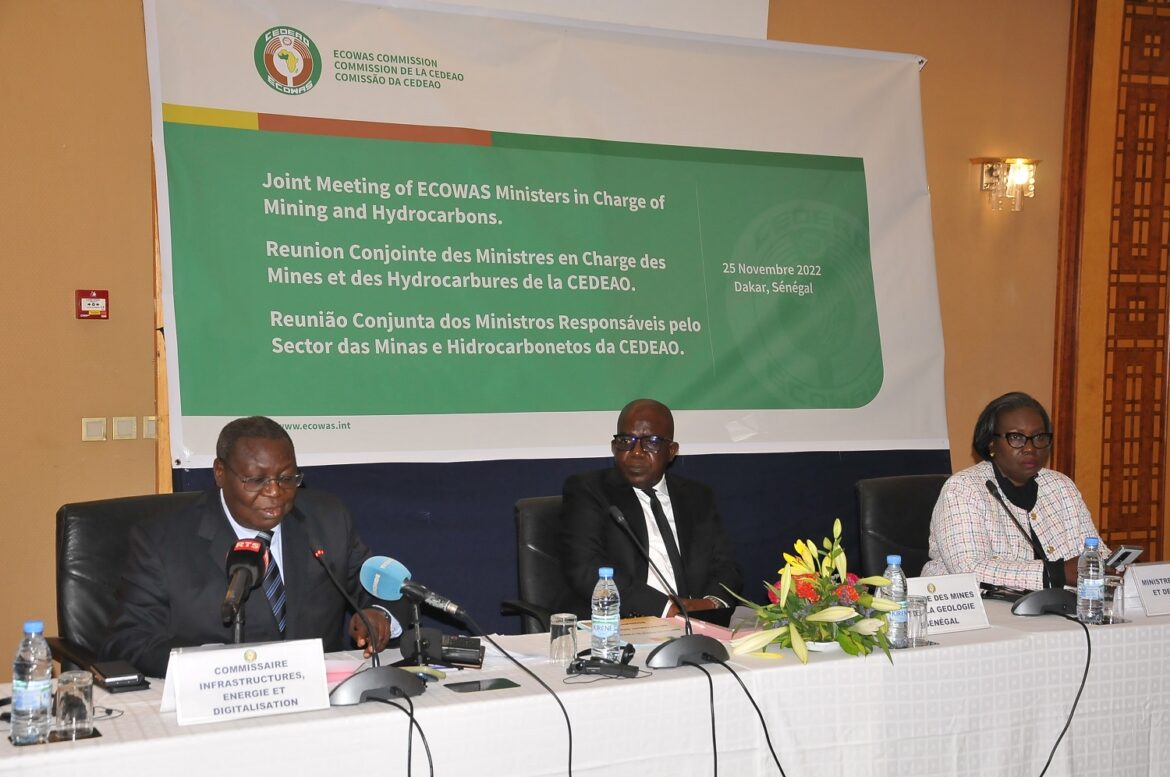 The Economic Community of West African States (ECOWAS) has drawn up "new community texts" with a view to harmonising sectoral policies and initiating regional strategies in the field of mining and hydrocarbons, according to Sédiko Douka, the Commissioner in charge of infrastructure, energy and digitalisation of this organisation.

The texts in question were presented in Dakar at the opening of the second joint meeting of ministers of the mining and hydrocarbons sectors in the sub-region.

Senegal's Minister of the Economy, Planning and International Cooperation, Oulimata Sarr, and her colleague Aïssatou Sophie Gladima (Petroleum and Energy), took part in this meeting on behalf of the Senegalese government.

"To follow up on these harmonisation efforts, the ECOWAS Commission and its members have just drafted new community texts to be submitted to this meeting of ministers," announced Sédiko Douka.

These include a draft regional mining and petroleum code, as well as an ECOWAS "draft regulation" on artisanal and small-scale mining and the strategy for its implementation, he said.

ECOWAS, he says, is "betting heavily on the large-scale use of gas, both in electricity production and domestic use", before deploring the fact that the countries concerned are unable to meet the demand for electricity because of a shortage of production facilities.

The ECOWAS Commissioner for Infrastructure, Energy and Digitisation welcomed "Senegal's approach" of putting in place "an institutional and regulatory framework" for the imminent exploitation of oil and gas.

According to him, Senegal has made "the right choice" by deciding to draw inspiration from examples of good practice in the field of hydrocarbons.